Gain power over routines and compulsions that control you 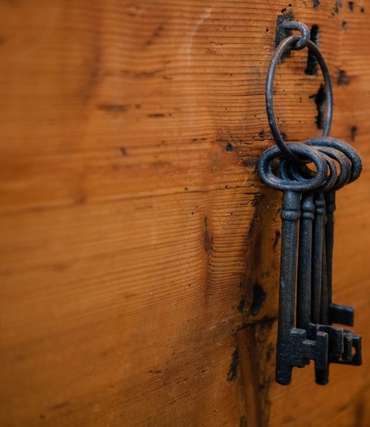 Hypnotherapy can be used to help you to deal with obsessive compulsive disorder (OCD) if you would like to take back the power of it and are ready to move on from it. Amy has helped other people to move on with their life to one free from the disorder.

OCD can begin as a way of attempting to gain control over certain situations, events, feelings or thoughts but over time are able to take control over where you go, what you do, what you focus upon and ultimately the enjoyment in your life.

OCD occurs in one of two ways:

Obsessions are thoughts, urges, worries or doubts that occur repeatedly in the mind and are often described as feelings of anxiety. They could also bring about feelings of upset, frustration or disgust along with other emotions.

Obsessions include the following:

These thoughts may also involve a behavioural compulsion which may appear to bring about relief. However, this relief is only temporary, and then process the repeats itself.

Compulsions are an overwhelming desire to behave in a certain way. These behaviours occur  repeatedly, often to eliminate a reoccurring thought. Compulsions are often physical actions but can also be mental rituals. Both physical or mental compulsions may include numbers such as touching things for an even number of times.

These are all forms of compulsions:

For example, checking doors are locked, checking appliances are turned off, arranging objects in a certain way or repeating a phrase over and over are all compulsions if repeated regularly.

It may feel that by performing the compulsion they prevent something bad from happening. It may also lead to avoiding certain places or situations to prevent having to perform the compulsion.

How can hypnosis help?

Hypnosis for OCD works by helping the subconscious mind to understand new ways to gain control or by reteaching ways it used to behave. Breaking away from those thoughts so the subconscious understands that the current pattern of thoughts and/or behaviours are not helpful, nor necessary for safety and protection, as it currently is assuming.

If you would like to find out more about how a tailored clinical hypnotherapy programme can help you then please get in touch. I will gladly discuss your unique situation with you and arrange an initial session when you are ready. It is possible to live a life free from obsessive compulsive disorder.